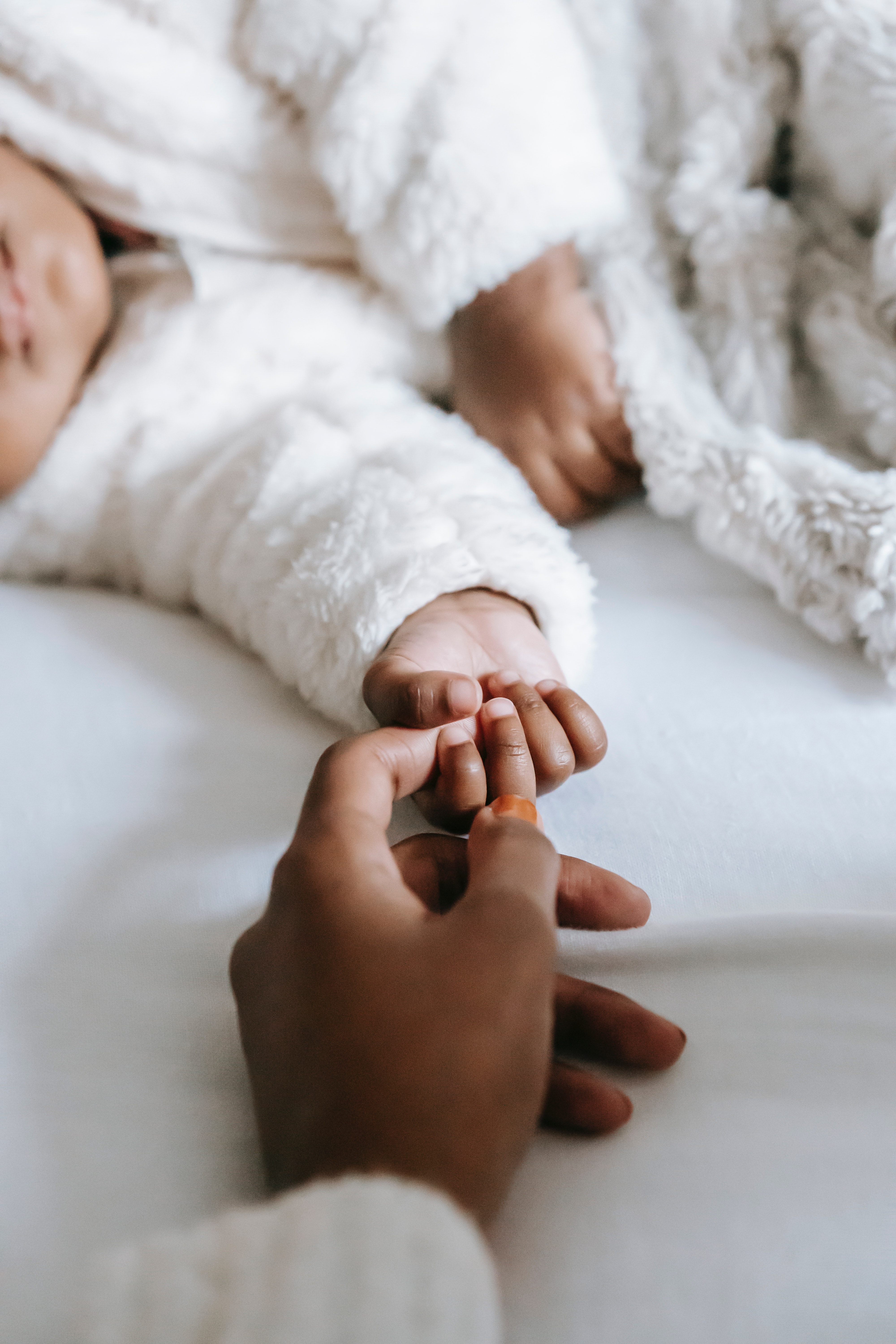 For Tife, a 27-year-old Nigerian mum based in London, breastfeeding works just fine for her and her little one. According to Tife, she didn’t want to pressure herself to breastfeed because she didn’t want to be disappointed just in case she couldn’t lactate. She said “As a new mum, I wanted to protect my mental health by not including it on the list of things to worry about. Apparently, a few people were surprised I could lactate (I’m not precisely busty, so I could understand why they thought that way) I had no expectations, so I was happy that I could lactate.” Initially, she had to pump every two to three hours to get her milk supply up. “It was draining mentally so I had to learn how to be resilient. Now, I’m able to lactate well and even have a freezer stash of breast milk.”

For Buzo, a 31-year-old mum of two living in Lagos, Nigeria, her breastfeeding experiences were different. “Before I had my first son, I always found breastfeeding strange. Like how will milk start coming out of my breasts?”  However, towards the end of her pregnancy, she read about breastfeeding and nursing generally. “I got my breast pump days after my baby came, but my milk didn’t come until three days after my child was born, even though I was pressured in the hospital to breastfeed." Unfortunately, her son wasn’t so patient so she had to buy formula. “I have always believed a fed baby is a healthy baby, as opposed to believing breast milk is the best.”

Five days later, she started with a manual pump which was so uncomfortable, so she had to switch to an electric pump that she attached to her nursing bra. A huge turnaround was when her baby stopped taking formula. “It was at that time I felt pressured to breastfeed. I had to pump every four hours and eat well because my diet affected my supply”. According to Buzo, the entire process was exhausting, especially when her maternity leave ended. “I had to wake up every two hours to pump. After a while, I was able to wean him off just fine”. With her second son, she decided not to put any pressure on herself like she did with her first son.

Buzo agrees that breastmilk has wholesome benefits, but advices mothers not to pressure themselves.

Asabe, on the other hand, had what she describes as a “harrowing” experience. “I always assumed I would breastfeed for at least a year before I became a mother. I pictured Hadiza, my daughter, being fed while she peacefully dozed off in my arms while rocking. I couldn’t be more wrong.” To Asabe’s disappointment, she wasn’t lactating as much as she wanted, even though she tried every hack under the sun. “My nipples were sore, cracked, painful. Throughout that period, I felt so much anger, pain and regret that eventually led to my Post Partum Depression”. The 34-year-old mum said that her daughter eventually survived on formula. Today, she’s a big, healthy and cheerful baby.

Just like Asabe’s ordeal, Morayo’s experience wasn’t so great. The new mum of twins said she “hated every bit of it”. “I gave birth to my twins during the peak of COVID in 2020 so nothing went as planned. I was all by myself in the labour room because of the global travel restrictions, so my husband couldn’t travel to America to meet me, and my mum couldn’t travel to help take care of the twins”. She said the because hospital staff was busy with covid patients, she did not get as much attention that new mothers usually get. “I didn’t read so many books or attend any classes on breastfeeding because I assumed that the hospital staff would teach me what to do once my babies were here. They taught me quite alright, but I was waaay too tired to understand what they were saying”. She said that at the time they taught her, the epidural was already wearing out and she was beginning to feel pain so she was barely paying attention “that did not turn out well, because I could not breastfeed my babies for one day. They were not latching and I wasn’t producing milk either”. Thankfully, she had infant formula that she got as a gift from one of her friends. “It was my only saving grace and the twins lived on formula till they were able to eat semi-solid meals.”

How can the breastfeeding experience be easier for new mums?

The first thing to get a headstart on breastfeeding is to conduct a great amount of research. A good way to start is by reading books or articles about nursing and breastfeeding. You can also speak to mums around you who have breastfed successfully or join online breastfeeding groups.

Even before babies can talk, they’ll communicate with you, especially when they are hungry. According to Cathy Carothers, the co-director of Every Mother, “when babies start chewing on their hands, making mouthing motions, or turning their heads from side to side and bringing their hands to their face, the baby is trying to tell you he/she is hungry” Carothers says. It is important for a new mother to understand the cues.

As a new mum, it’s okay to take a break from feeding your baby, especially because you are probably sleep-deprived. This is why you should invest in breast pumps, they’re a great way to boost your milk supply and prevent breast engorgement. Let your partner, nanny or anyone who comes around to help you feed the baby.

As a new mum, it is important to  keep yourself hydrated. Every time you nurse, it's a good idea to drink a glass of water because it refills the body. Yes, each and every time. This will guarantee that you're drinking enough water and that your body can produce enough milk. As a nursing mother, you need about 16 cups of water per day, which can come from meals, drinks, and drinking water.

In the end, don’t feel obligated to keep breastfeeding your kid if pain or anxiety is preventing you and your little one from enjoying it. As important as breastfeeding is, you don't necessarily need to breastfeed to provide your baby with enough nourishment. Other healthy choices like infant formula are available, and they provide babies with the nutrients they need to develop and thrive.